Many Happy Returns: Finally, Some Players Make it Back!

If there has been one overarching theme to the 2014 MLB season so far, it’s been players missing time. Whether it’s been because of (asinine) draft pick compensation rules, attending the birth of one’s child (goodness me was that David Murphy-related ‘controversy’ farcical), or as in the vast majority of cases, due to injury, far too many players have been off the field, their absences spoiling the game we all love.

The month of June is off to a promising start however. After the spate of Tommy John surgeries necessitated in April and May, as far as I’m aware, we’ve now gone three days without one being announced (It’s my understanding that Chris Withrow of the Dodgers was the last player to have been announced as going under the knife). Even better, a host of players are making their returns this week – all carrying some relevance. Let’s break them down quickly;

– Stephen Drew, who was only absent by his own/Scott Boras’ doing after turning down a qualifying offer over the winter, finally made his season debut for Boston last night, going 0-2 with a walk in a defeat to the Cleveland Indians. Having played in the minors since May 21st having finally signed a pro-rated contract for around $10 million this year, the left-handed Drew batted eighth in the Red Sox lineup and instantly slotted in at shortstop, pushing Xander Bogaerts to third base, and  with both Mike Napoli and Mike Carp out, the surprisingly effective Brock Holt across the diamond to first. While there were certainly more ideal landing spots out there (Detroit have a more glaring need, and less infield competition), landing back in Boston can only be considered a good thing for Drew. Sure, he probably could have gone to the Mets, but their stinky offense and the Wilpon Quagmire of Financial Despair (H/T to Jonah Keri) would likely have ensured a less than happy tenure in Queens. He won’t be anything special for the Sox, but in need of some stable production, he’ll fill a role nicely – the same attitude with which he should be approached in terms of fantasy pick-ups. He’ll be a stable middle infielder, a low-upside, high-basement type, perfect for a team ravaged by injury or simply short of middle infield depth. Just don’t expect Drew to be a savior, both in reality or fantasy.

– Jose Abreu on the other hand, woah boy. This fellow’s return might be make-or-break for your fantasy squad. After two weeks on the disabled list and a couple of simulated games at U.S. Cellular Field, the Cuban slugger, who even after being out since May 18th still led the White Sox in home runs (15) and RBIs (42), was activated in time for the start of a three-game set against L.A. at Dodger Stadium. With no DH hole to be stashed in, Abreu jumped right back into the thick of things playing first base, and picked up where he left off at the plate, muscling out a two-run shot off of Clayton Kershaw in his second at-bat, Chicago’s only runs of the game. And this was after being struck in the chest by an overthrown ball while stretching during pre game warm-ups! The Sox have been treading water without him, but with the AL player of the month for April back in the mix, they could yet put a run together in the disastrous AL Central for second-place behind Detroit. He should immediately be back in fantasy starting lineups too, though it will be worth paying attention to whether he perhaps gets a day of rest from playing the field at some point in this interleague series. 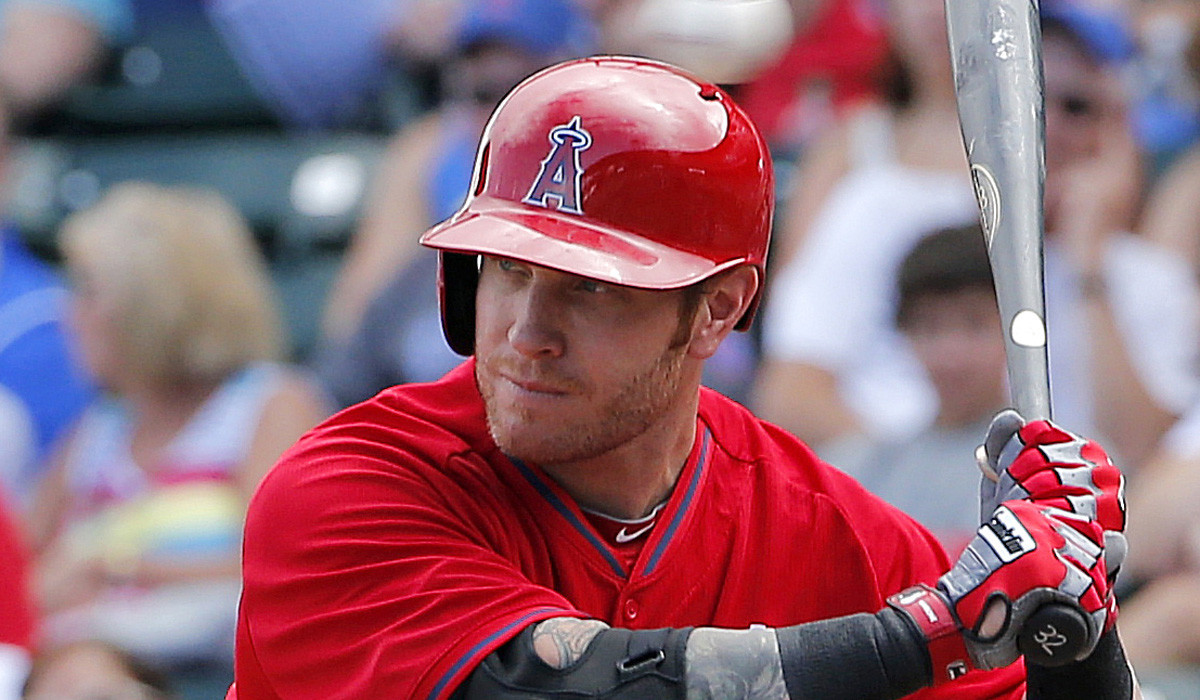 – Elsewhere, Josh Hamilton is slated to make his return to the Angels lineup today in a game against the Astros, in which first base prospect and recent contract signee Jon Singleton will also be making his debut for Houston. Hamilton has been out since April 9 with a torn ligament in his left thumb having (rather rashly) slid into first base headfirst, but was hitting .444 with two home runs in the tiny sample size prior. His return will likely spell trouble for the 42-year-old Raul Ibanez, who has been god-awful in 2014, though I’d be concerned if you were starting him in your league anyway. Hamilton should probably reside on your bench for at least a couple of days while you evaluate his return; thumb injuries can be tricky, and Hamilton is prone to streaks even when fully healthy. Resting him is probably the safe play, unless you don’t have any other viable outfield options. Of course, slotting Mike Trout straight back in after he missed Sunday’s game with back stiffness is a no-brainer.

– Stay away from Yordano Ventura though! After a disastrous May 26th outing in which his velocity noticeably dropped and he was forced to exit in the third inning, the 23-year-old flamethrower dodged the Tommy John bullet and was instead diagnosed with  “lateral elbow discomfort.” After successfully completing a bullpen session, Ventura will be thrown back in on Thursday to face the Cardinals in the Battle For Missouri. In addition to his prior inconsistency, not only do I dislike the match-up, but I’m worried about Ventura’s long-term outlook; elbow injuries don’t normally solve themselves this quickly, especially ones which cause such an appreciable velo decline. Though he’s officially returning, don’t be surprised if Ventura heads straight back to the trainer’s room in a month or so.

– Aramis Ramirez is back in the Milwaukee lineup tomorrow after sustaining a strained left hamstring on May 13. He’ll be able to DH too, given how the Brewers are visiting Target Field for an interleague series. A notorious slow starter, Ramirez should be a more than viable third base option the rest of the way should he avoid re-aggravating that hammy… Andrew Cashner, after an elbow scare, is scheduled to rejoin the Padres’ rotation on Saturday against the Nationals. Unless you’re in absolute need of gaining ground over the weekend however, it’s probably best to let this one play out with the hard-throwing righty on your bench however… Ryan Zimmerman should be appropriately settled back in to the Washington lineup by then – the 29-year-old has been cleared to return on Tuesday after breaking his thumb on April 12th. Where he’ll play however, remains intriguing; the right-hander has been playing left field during his rehab stint at Potomac, so Ryan Zimmerman: ML Outfielder might be a thing now… In obligatory Reds news, Joey Votto (quadriceps) is nearing a rehab assignment, and Mat Latos threw 4 2/3 scoreless innings in his latest Triple-A start. He should be back next week.