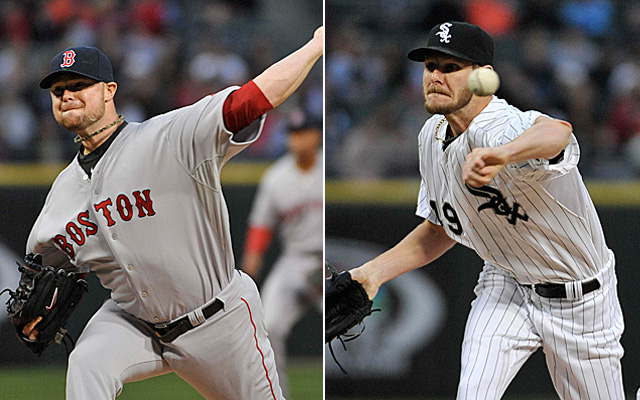 Analysis: Yes, “The Lester Factor”. That doesn’t immediately make the Cubs champs though. While Lester certainly makes them much better, there are still four other guys in that rotation. However, the ascensions of Jake Arrieta and Kyle Hendricks, coupled with the very clever re-signing of Jason Hammel gives the Cubs doubts only at the number 5 spot. Wada was nice relief from the catastrophe of Travis Wood‘s season but he is still very unproven, having only pitched 69 ⅓ innings. If Wada does well though, that gives Wood a good opportunity to find his stuff in the bullpen and gives the Cubs a nice-looking rotation. On the flip side, the White Sox have a nice-looking rotation of their own, starting with Chris Sale. Yes, the White Sox have some uncertainty of their own, but ponder this; Hector Noesi’s numbers don’t do him much justice in that Noesi has good stuff, he just lacks consistency. In his last handful of starts from July 24th onwards (minus a July 30th blowup where he let up six runs to the Tigers), Noesi was 7-4 with an ERA of 3.77. If anyone can help a guy who has all the tools but lacks the consistency to be a good pitcher, Don Cooper can, give Noesi a full off season as well as a Spring Training with Cooper, and Noesi may come out looking like any other teams two or three pitcher and meanwhile he is the White Sox fourth pitcher. All that would be left is John Danks’ situation. Danks has been on the trade block for a couple seasons now, as he isn’t paying dividends on the extension the White Sox gave him. Enter Carlos Rodon, the #3 overall pick in the June draft. Rodon is a lot like Chris Sale, he’s already developed enough where he doesn’t need to waste any more time in the minors. Cooper is easily just sitting waiting to mold this kid into the next Sale, and he might get the chance if Danks struggles in the Spring and Rodon plays well. All Rodon has to do is showcase himself to the White Sox coaches during Spring Training and he will be set. Once Danks starts to struggle, Rodon will be the one with first chance at the last rotation spot.

Sure, the Cubs have a very good rotation, and yes, that starts with Lester, but the White Sox have put together an excellent rotation. That statement is even more so if Noesi can stay consistent, and especially once Rodon arrives to solidify the back end of the rotation.