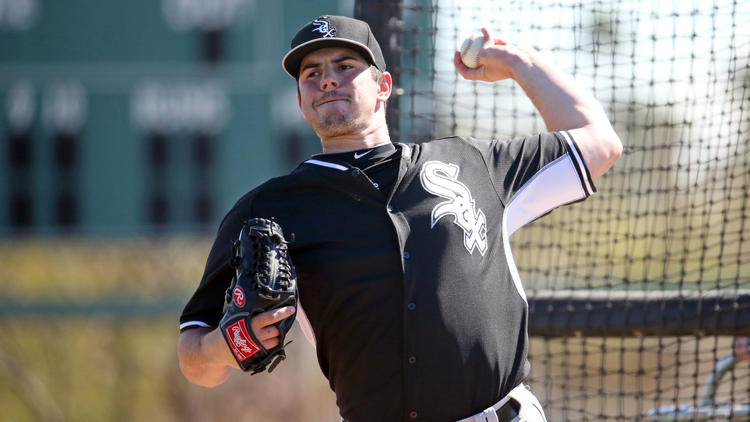 Friday afternoon it was White Sox top prospect Carlos Rodon‘s turn to take the mound. Rodon, a 22 year-old lefty out of North Carolina State, was the #3 overall pick in this summer’s draft, and quickly rose through the White Sox system, ending the year at AAA Charlotte. Rodon made nine appearances, six starts, to the tune of a 2.96 ERA over 24 and 1/3 innings pitched. The rookie was not originally scheduled to make a Cactus League start this Spring, but after staff ace Chris Sale injured his foot in an accident, opportunities may have opened up for Rodon.

A former USA National Team member, Rodon was thought to be on the fast track, where he would join the southsiders’ bullpen when rosters expanded in September. That wasn’t the case, and now Rodon is going to make his case for a roster spot with the new opportunity presented with Sale’s injury. With a mid-90s fastball, a nasty slider, and a change-up he’s worked to improve this offseason in order to take himself to the next level, Rodon began his showcase on Friday afternoon against the Padres. Rodon went two innings, giving up one hit, hitting a batter, striking out four (struck out the side in the first), while throwing 31 pitches, 21 for strikes. It’s easy to see why the White Sox are high on the young lefty, and he certainly has the potential to make noise in 2015.