The San Francisco Giants are in last place. Only two teams in baseball, the Miami Marlins and Milwaukee Brewers, have a worse record than the Giants’ 4-10 mark. The Giants are next-to-last to only the Boston Red Sox in hard-hit ball percentage.

Buster Posey, the team’s cleanup hitter and former league MVP, is currently hitting .229 with two extra base hits. Casey McGehee, who has been the Giants replacement for Pablo Sandoval, is hitting .194 with two extra base hits. And Brandon Belt, who was suppose to be having his breakout season, is hitting .152, with zero extra base hits. Madison Bumgarner, the Sports Illustrated Sportsmen of the Year, NLCS and World Series MVP and Silver Slugger winner last season, has a 5.29 earned run average and has given up 10 earned runs over 17 innings. In other words, four more runs than he gave up in the entire 2014 post season over 52 and 2/3 innings.

Hunter Pence, the life blood of the team, has been on the disabled list and has yet to play an inning in 2015. Matt Cain and Jake Peavy are both currently on the DL as well, with no set timetable for their returns.

The famous World War II poster, Keep Calm and Carry On, has been reshaped and renamed many times over in recent times and the current 2015 Giants new motto has become “Keep Calm and Panik.” 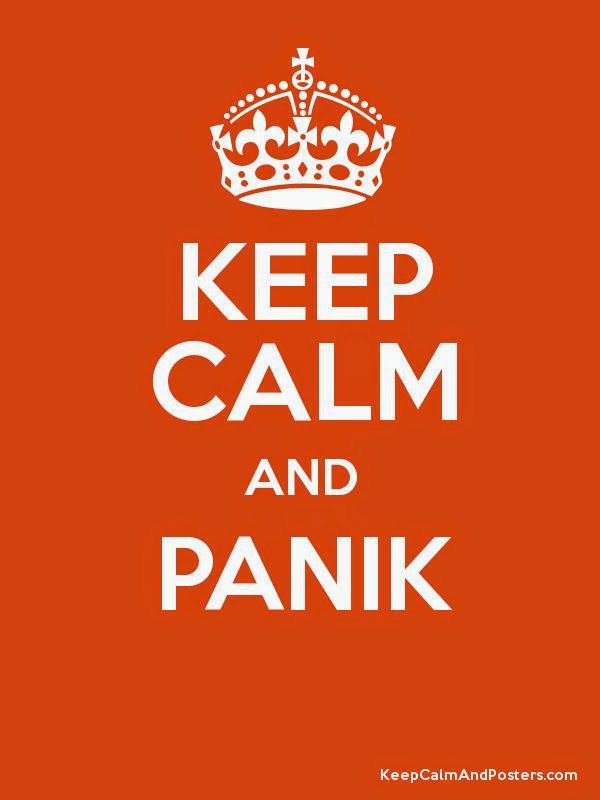 This isn’t coming from management or from the public relations staff and it has not yet come from the team’s official store. Bruce Bochy isn’t preaching it to his players either. It’s coming from the fanbase. An awkward mix of diehards who have gone through the five decades of struggles and the new generation that believe in odd-year curses and demand titles every season.

Fans have raised expectations of this franchise to a level that few organizations have ever felt in the history of baseball. The New York Yankees, arguably the greatest franchise in sports for their unparalleled success, are one of the only franchises to make a run like the Giants have in recent history. The Boston Red Sox have also won three World Series over a ten year span, as well as the Oakland A’s and Cincinnati Reds who both had runs in the 1970s. Besides those four franchises, you have to go to the St. Louis Cardinals in the 1940s or the Yankees again to find a team with the type of success the Giants have had since 2010.

This brief history lesson is to remind all of the new “diehards” that this type of thing we have seen with the Giants is rare in Major League Baseball and that the expectations, ultimately, are unrealistic, from a historical point of view.

However, we live in a day and age where people voice their opinions 140 characters at a time and prefer to shorten their attention span only to what is trending.

The Giants are going to be in a lot of trouble if Matt Cain and Jake Peavy end up sidelined for an extended length of time this season. It is magnified by the fact that every team in the National League West is off to a better start and that is primarily because of them already winning series against the Giants head to head. The hole the Giants have dug for themselves is not due to a tougher schedule. It is due to losing to the teams they will be competing with for a division title.

Ultimately, the Giants will either need to get healthy quickly, or look to make a trade or two to upgrade the starting staff or the middle of their order.  Fans today don’t want to wait until July when the trade deadline approaches, so expect more complaints from a fanbase that has watched their favorite team build a dynasty.