Hey Mariners’ fans, any of you remember the preseason hype and hope? Remember how everybody was picking them to win the American League West division title? How about when ESPN looked into their crystal ball made of John Kruk‘s fingernail clippings and proclaimed the M’s would win 89 games? Tack onto that the more reasonable division crown total of 95 wins that Sports Illustrated predicted and you had Seattle buzzing with expectation.

Nelson Cruz and his boomstick had arrived, meaning an instant transformation for an offense that often struggles to outscore the Seattle Sounders. With Nellie here to protect Robinson Cano we even  began to think that maybe this would be the year that Dustin Ackley finally played with a pulse. All the peripheral dominoes would be falling in perfect order. Come the end of September, we were going to be shocked at the prospect of paying five hundred bucks for bleacher seats to a playoff game…wait, what? Are you talking about watching the Seahawks in the playoffs?!? Nope. Serious as a heart attack, the Mariners were going to make the postseason they so nearly missed last year. Playoff baseball would happen in Seattle for the first time in 14 years.

Jon Sciambi even tabbed the Mariners to win the World Series. Thanks for jinxing it, you dork. 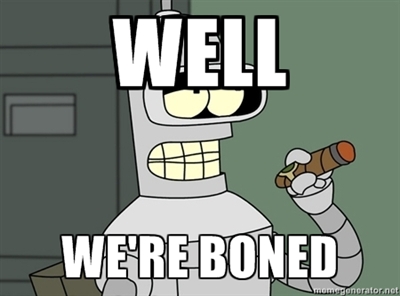 Now, here we sit. It’s August 4th and the Mariners are a just-better-than-the-Oakland Athletics 49-58. That’s ‘good’ enough for a .458 winning percentage and a two-game lease on the house up the street from last place. At this pace, the M’s will finish with a 74-88 record, a near inverse of last year’s 87-75 blip of hope. Now, I’m not here to analyze what’s gone wrong (ahem! Jack Zduriencik, excuse me, had something stuck in my throat), that’s an exhaustive proposition. I’m merely here to amaze you with a big fat what would it take.

What would it take for the Mariners to win 92 games – the average between the SI and ESPN predictions – this year? With 55 games to play, the M’s would have to go an out-of-this-world 43-12 to finish out the season. That’s a .782 winning percentage. That’s not technically impossible, but damn near the closest thing to it. Highly – almost certainly – improbable, for sure. However, I can think of some things that might twist the laws of baseball and physics just enough to make it happen.

First of all, an angry mob, the likes of which old Frankenstein monster movies are familiar with, would have to take Jack Zduriencik captive. Then they would make him find a way to negate the Dustin Ackley deal (something like Carlos Gomez‘s hip issues). The minute a clean-shaven Ackley steps off the plane, the mob would take him captive, too. After that, I would be summoned to perform a dual ritual sacrifice of Trader Jack and Ack (I am an ordained minister, so I’m credentialed for the duties of Satanic rites). This would then trigger a rip in the spacetime continuum, which would open an event horizon just offshore of downtown Seattle, not far from Safeco Field.

Out of the portal would appear the USS Nimitz aircraft carrier. Having returned from their strange journey through time, which included preventing the attack on Pearl Harbor, they would drop anchor in Puget Sound. A small ship-to-shore vessel would come to the pier. De-boarding would be three mysterious figures: Roberto Clemente (not a day over 38 and still in prime playing condition), a young Yogi Berra (just because somebody needs to take Mike Zunino‘s place), and Moonlight Graham (who would alternately appear as Frank Whaley and Burt Lancaster). Clemente and Berra immediately volunteer to play for the Mariners. They are seemingly covered in some sort of magical dust, something previously thought only existed in cinema. The dust would literally rub off on the rest of the team. Playing with a ferocity unparalleled even by the boys in Hoosiers, they would at last fulfill the mentally deranged preseason predictions. Unfortunately, everyone would tire of the Burt Lancaster version of Moonlight Graham spouting old man wisdom bits and the team would fall apart on the eve of the World Series, which they will lose four-games-to-one.

Oh man, I musta been dreaming…..Well, at least my dreams were good enough to rip off Field of Dreams and The Final Countdown – pure early 80’s cinematic magic.