Looking Ahead to the 2016 Boston Red Sox

I realize that, as a Boston Red Sox fan, I’m kinda spoiled. Sure, there are the three championships this century. 2004 was a revelation; 2007 was a coronation; and 2013 was a sort of canonization. Then there’s the fact that this year was only the fourth losing season that the Sox have posted in the last 20 years. I can understand why some fans of other teams don’t want to listen to Boston fans complain about how bad this year was (granted, it pales in comparison to the Bobby Valentine-led disaster of 2012, the club’s worst season in the last 50 years).

With that in mind, I’d rather focus on what we, as Sox fans, can look forward to in 2016. Additionally, I will include some suggestions for how Dave Dombrowski, Mike Hazen, and Frank Wren can improve the club in the offseason. Be forewarned, some of my suggestions might seem outlandish, but I’m writing an Op-Ed article here, so deal with it (maybe you’ll even get a chuckle or two out of it).

The young, superbly talented trio of Mookie Betts, Jackie Bradley Jr., and Rusney Castillo have me licking my chops in anticipation of 2016. Betts is the most solid of the three. In his first full season, he was second only to David Ortiz on the team in extra base hits. His 68 XBHs were exactly the total Pablo Sandoval and Hanley Ramirez put up combined. While I’d love to take every opportunity offered me to pile on Pablo and Hanley, I’ll get back to them in a bit, so as not to get off topic. Mookie’s defense was also top notch, filling up the highlight reel all season. We’re all quite familiar by now with his home run-robbing catches, but he also has a nice arm.

And Mookie is probably not even the best defender of the three! That distinction surely goes to JBJ. He has excellent range. Of the trio he is second in FanGraphs UZR with 10.1. Castillo is tops at 10.4, possibly a negligible difference. Surprisingly, Betts sits at exactly zero. This might be more impressive when you consider that Castillo and JBJ showed such superior range in partial seasons that included demotions and promotions between Triple-A and the big league club.

Maybe even more important is that all three are interchangeable between right, center, and left, which gives manager John Farrell a ton of flexibility in positioning his outfielders dependent upon opponent and park.

The biggest question for me: is the Jackie Bradley Jr. we saw in 60 second-half games the real deal? In that span he hit .267/.352/.539 with 30 XBHs (two fewer than all 105 games of Hanley) and 41 RBIs. There were stretches when he looked more like what we thought we were getting in Yoenis Cespedes in 2014. Yet, I cannot forget his struggles at the plate in recent history. Including the second half of this season, Bradley has a career .638 OPS. He also strikes out a lot; a career 3.25 K:BB ratio doesn’t look great, especially when you compare that to Betts’s 1.69 career mark. He did bring that number down in the second half to 2.57, which is promising. Then again, a .336 second-half BABIP isn’t so encouraging, as it points to some amount of regression.

The Return of Manager John Farrell

I have no problem with Torey Lovullo and I think he filled in admirably in Farrell’s absence during chemo treatments. However, I don’t think that the success the Sox had from August through September — they went 32-22 — are about him. Granted, I don’t believe that a manager has enough influence over his team’s record to sway a struggling team into a contender. Then again, Farrell is a commanding presence who could steer them in the right direction out of the gate next April. It’s his team and I’d like to see them succeed under anybody from the Terry Francona years. Returning from beating non-Hodgkins lymphoma, which is usually pretty treatable when detected early (a positive for Farrell’s fight), would be a great boost to team morale.

Travis Shaw at First Base

Are they really thinking of handing first to Hanley?!? That’s an entire dump truck full of horse apples, if you ask me. First of all, if Hanley Ramirez makes Manny Ramirez look like an above average left fielder, then what makes you think he can handle first any better? That’s preposterous. Let’s just move on from the defense, as Shaw isn’t gonna be Casey Kotchman, but he’s certain to be better than Hanley.

Offensively, Shaw looks like a great fit. In 248 PAs he had an .882 OPS with 13 homers and 36 RBIs. Sure, his home-road splits seem a little dicey for the 81 games they won’t play at Fenway Park. Shaw’s home OPS is .953, as opposed to .677 on the road. Maybe there is an occasional platoon solution? Maybe Shaw will make some adjustments between now and the end of Spring Training? Whatever the case, he’s a very affordable ($507,500 2015 salary) and under-control option (six more years).

The Return of Christian Vazquez

Vazquez will be coming back from Tommy John surgery and, presumably, in camp for the beginning of Spring Training come next February. Vazquez is often seen as one of the best pitch framers in the majors, which can only be a boon to Sox’ pitchers. He also has a fantastic arm, gunning down 52% (!!) of attempted base stealers in his 55 games in 2014. His ability to limit opponents’ running game will be a welcome addition.

Then, consider that you’ll be pairing Vazquez with Blake Swihart and a young, inexpensive, and strong catching corps is rounding into form. They’ll enjoy the tutelage of elder statesman Ryan Hanigan. Hanigan will certainly be able to teach both Vazquez and Swihart a bit more about pitch framing, as well as his superb pitch-blocking skills.

Not since Jason Varitek have the Sox had an official team captain. Xander Bogaerts should be that guy. He’s endured organizational meddling in the form of pushing him over to third base so that Stephen Drew could muck it up at short. “X,” as we like to call him, has quickly gone from an offensive question mark to a second-place finisher to Miguel Cabrera for the batting title. He’s also a smart enough player to craft a Little League Grand Slam.

I feel like his age and maturation place him in the perfect spot to be team captain. Do shortstops make good team captains?

Alright, on to some suggestions for the front office.

Eat that John Lackey kind of money you gave Rick Porcello and send him to Pawtucket until you see signs of a guy who can be the solid number-four starter everybody but Ben Cherington knew he might be.

Make Wade Miley your number-five starter. He’ll be less pressured to perform at the beck end of the rotation. In addition to that, make Hanigan his personal catcher. Miley’s ERA when throwing to Hanigan was 3.75 in 2015. Compare that to 5.05 with Sandy Leon and 4.77 with Swihart. His opponent OPS+ also reflects Hanigan’s guiding influence — 86 with Hanigan, 119 with Leon, and 97 with Swihart.

As long as Joe Kelly continues to minimize the use of his sinker, he should be a totally viable option as a number-two or -three guy. In August alone — about the time he mostly abandoned his sinker — Kelly went 6-0 with a 2.68 ERA and his WHIP of 1.243 was by far his best of 2015.

Keep Eduardo Rodriguez and Henry Owens around. Rodriguez looks like he could be the fourth starter. Owens could be available to fill in for spot starts or even help out that blazing trash can of a bullpen. I actually have no clue what to do with bullpen. That might be another article altogether.

Everybody else (except Rich Hill) can get jobs at Office Depot selling industrial-grade staplers. Honeslty, I don’t care. I’d even be willing to ship Porcello off to work security at a North Face outlet mall.

Then, the very second that Zack Greinke tells Excel Sports Management he wants to opt out of his contract with the Dodgers, do the exact same thing. He’s only ever had one start at Fenway, so who cares what the numbers say — the guy is a stud. Despite all the money absolutely wasted on Sandoval and Hanley, the Sox have pockets deep enough to do this.

Get Rid of Hanley and the Panda, By Any Means Necessary

So, I figure Dombrowski could send Hanley to play in a Caribbean Fall League and just never call him back. While out fishing for swordfish on a day off, maybe the boat Hanley is on has a suspicious yet fatal engine failure. Maybe the bilge also craps out and they can’t bail out the incoming ocean fast enough. Or maybe Hazen, Wren, and Dombroski can figure out how to trade him to the San Diego Padres just to get fan favorite Will Middlebrooks back to be a utility guy, primarily as a backup to the 2016 starting third baseman, Brock Holt.

Wait, Brock Holt is the starter at third? But, but … we gave Pablo $95 million to play the hot corner!! What are we gonna do with him?!?

Send him to a Siberian gulag. I don’t care. Let him be the guy who hands out free Monster Energy drinks to college freshman trying to rush for fraternities and sororities. Maybe he can be the next celebrity shill for Subway. Seriously, I … don’t … care. 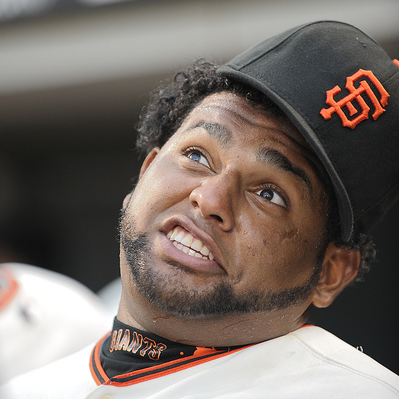 So, in conclusion, what I’m really arguing for, if it weren’t already glaringly apparent, is to go younger and cheaper. Cheaper, of course, until it comes to re-tooling the starting rotation. See you next year!

Red Sox fans doing their early planning for trips to the ballpark can use Hipmunk.com for Boston flight deals. In addition to flights, Hipmunk has hotels near Fenway Park to get the full stadium experience before and after the baseball-filled weekend.