Cubs History: A Record Setter and Tragedy Recorded on One Ball

One of the things I do is collect signed Chicago Cubs baseballs. The idea of holding a ball that Ernie Banks held in his hands, particularly back in the days when he was playing, is a thrill that is hard to explain. I have the entire 2015 team on two balls, then individual balls for every player. I also have an increasingly complete set of team-signed balls stretching back into the 1940s.

Just today, I received the newest addition to that collection. The guy I bought it from knew it was a Cubs ball, because Ernie Banks is featured prominently, but he assumed it was a 1961-1963 ball. After checking the names, and the years, I suspect that either it is a 1959 or 1960 ball (I was born in 1959, and that is very cool). At least one player who signed only played for the Cubs in 1960. My best guess is the ball is from Spring Training in 1960, or that the owner of the ball brought it back to the field for a few years, maybe 1959-1961. There are some signatures on here that would not be the ones you’d expect to find – bad pitchers, one-year guys – people who would have been Triple-A or rookies.

Every one of these balls in my collection has a player or players on it with a story. The history of the game – and the team – in the case of my own collection – is fascinating. I never fail to learn more about the players and the Cubs when I get one of these and go through the signatures, verifying them against examples I can find, and checking the backstory on those I’m less familiar with.

This ball has two signatures on it that I want to share. The first is a young second baseman named Ken Hubbs, and the second is a first baseman named Dale Long. Both of them have interesting stories, and both are worth a moment or two of thought and consideration. From the Archives at KenHubbs.com

Ken Hubbs signed with the team in 1958 as an “amateur free agent.” He didn’t make his major-league debut until September of 1961 against the Philadelphia Phillies in replacement of Jerry Kindall, who was subsequently traded. Hubbs became the starting second baseman in 1962. That year he led all National League rookies in games, hits, doubles, triples, runs, and batting average, winning the National League Rookie of the Year Award. (Billy Williams had just won this award the year before, making it two in a row for the Cubs). Also in 1962, Hubbs became the first rookie to win the Gold Glove Award. In 78 consecutive games with 418 shots at the ball, he went error free, breaking another record. He had some problems with strikeouts and was prone to hitting into double and triple plays, but it was an incredible rookie season that showed the promise of a hugely successful career.

Hubbs embodied what is best in baseball. He didn’t smoke, he didn’t drink, he was loved by his teammates. His roommate Ron Santo credits Hubbs with inspiring him to quit smoking. He should have gone into the record books as one of the best players the Cubs ever fielded, but his career was cut short.

Hubbs had a horrible fear of flying. Ron Santo tells stories of how the young player went into fits of abject terror before every flight the team had to take to a game. Instead of giving in to the fear, Hubbs took flying lessons and became a pilot. When he and a friend took a flight home in January of 1964, things were going fine. They arrived safely, and planned to fly out the next day.

A storm was blowing in, but Hubbs, not wanting to be delayed, decided to fly out and try and beat it. He and his friend Dennis Doyle took off for Morrow Field in Colton, California that morning and never arrived. The pair crashed into Utah Lake, ending the life and career of the young second baseman, and that of his friend (and new father) Doyle. The Cubs didn’t retire Hubbs’ number, but they didn’t circulate it for several years after his death out of respect. Finding a ball signed by Hubbs, likely in the spring or fall of the year before he first came up, is a special thing that I will cherish.

On a happier note, and a different side of the ball, is the signature of first baseman Dale Long. Long has a record that has stood the test of time, and it’s significant because if any group of young sluggers can challenge it – they may well be the 2016 Chicago Cubs. 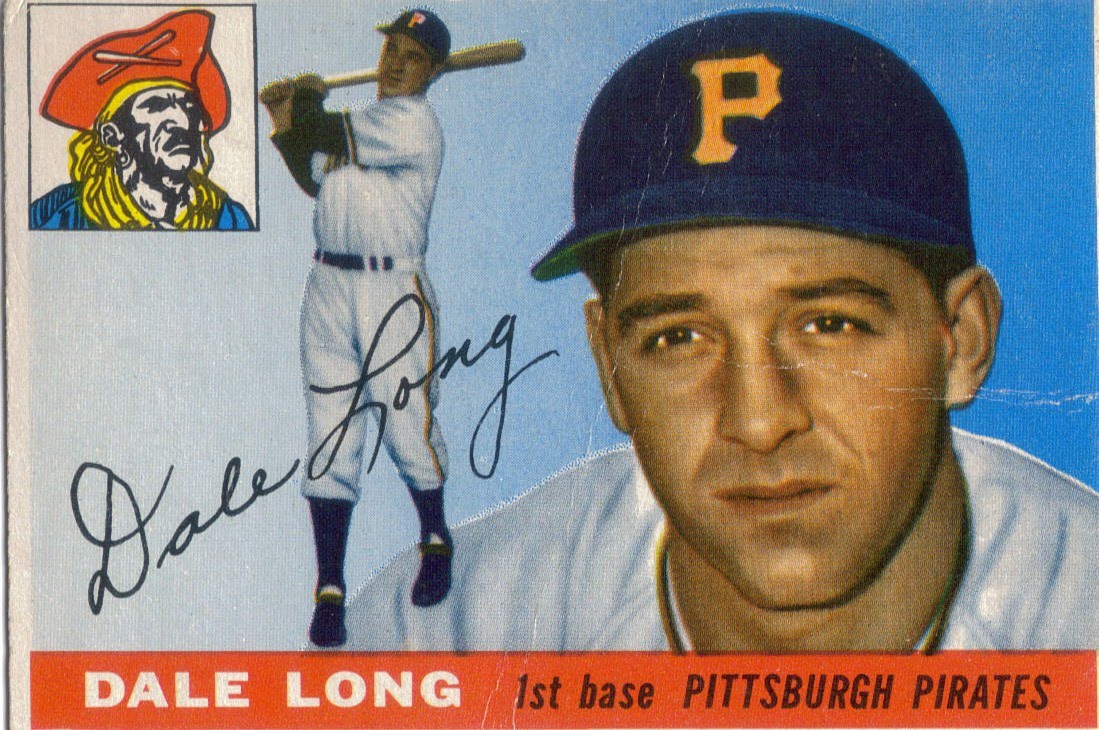 From 1957- 1959, Long played for the Chicago Cubs, and that’s how his signature ended up on this ball. Long was a slugger who actually turned down an offer to play professional football for the Green Bay Packers to play baseball. He played for the Pirates, the St. Louis Browns, the Cubs, the Giants, the Yankees and the Washington Senators during his career.

Long holds or shares a number of records. He hit two consecutive pinch-hit home runs, which ties a record. He became one of the only left-handed throwing catchers by being moved from first to hit for the catcher in the ninth innings of a double header. He won a World Series ring with the Yankees in 1962, but the record he’s most remembered for – the one that has yet to be broken? Dale Long hit home runs in eight consecutive games between May 19 and May 28 in 1956, playing for Pittsburgh. Don Mattingly and Ken Griffey Jr. have matched this, but they played in the American League. In the National League, Long stands alone at eight.

Long hit 55 homeruns over his time with the Cubs and a pile of doubles, triples, RBIs and more. He didn’t set that home run record in Chicago, but again – finding his signature on the ball, and knowing the things he accomplished – the games he saw and the men he knew – that’s why I collect. I’ll cover other signatures, and players, years closer to the present, and farther in the past, in future articles.