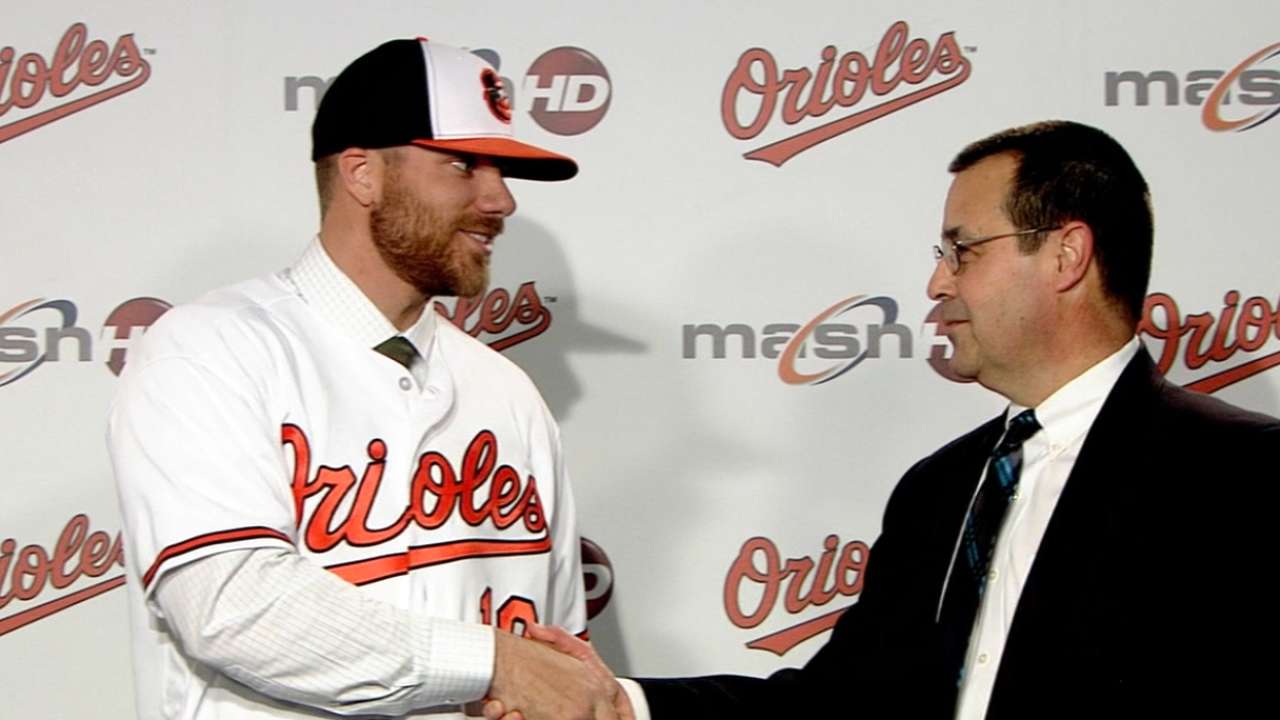 While no one can quite fully agree on how much this contract is worth in present dollars, Davis was the clear winner in this deal. The Orioles bid against the Orioles for Davis and beat out the Orioles to sign him. Baseball’s most prolific home run hitter made out quite well because the Orioles so clearly wanted him back.

The jury is still out as to whether Davis will live up to his contract. Recent history would lead most to the conclusion that the homer-happy, strikeout-prone slugger’s contract will become a lead anchor for the Orioles over the final three or four years of its life. Davis could prove to be the type of hitter who ages well, or his body could begin breaking down. That’s why they play the games, I guess. Regardless, no other suitor stepped up to offer Davis such a substantial contract, and he won out in the end because Orioles owner Peter Angelos got involved in the negotiation process.