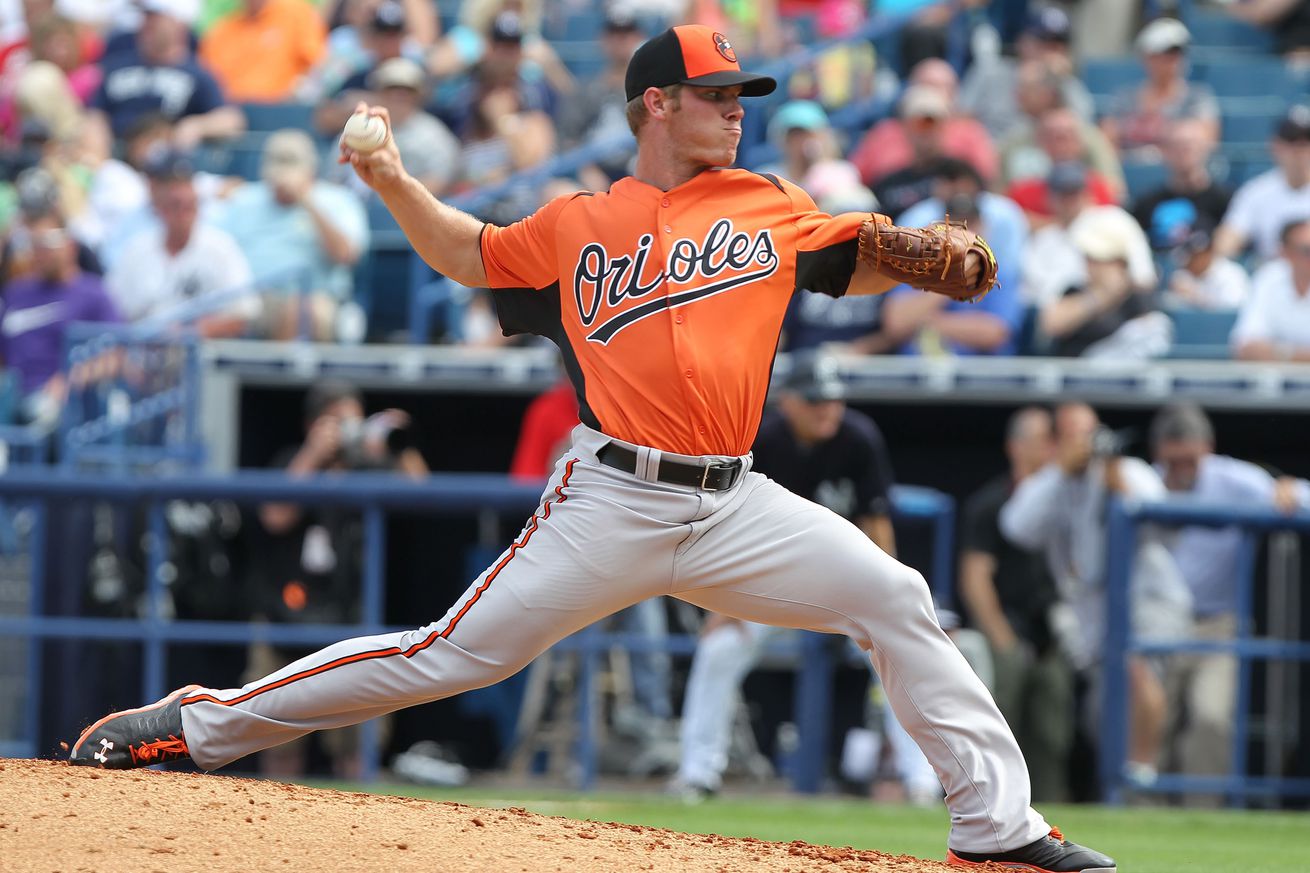 Short on impact talent (at least talent that has a proven ability to stay healthy), the Baltimore Orioles have one of the weaker farm systems in the league. The Orioles’ affiliates at the Double-A and Triple-A levels — the Bowie Baysox and the Norfolk Tides — both had good seasons last year. Bowie won the Eastern League championship, while Norfolk made the International League playoffs with a 78-66 record. While there can be no denying the value of winning games in the minor leagues, the rosters of these teams were not littered with elite prospects. For example, Bowie’s best pitcher was 29-year-old Terry Doyle who went 12-1 with a 1.97 ERA pitching to players who were, on average, over four years younger than him. The Triple-A roster was mostly made up of Quad-A players rather than prospects on the verge of breaking through at the next level.

At the top end of the prospect spectrum, the Orioles have two pitchers who were expected to be in the big-league rotation or at least knocking on the door. Unfortunately, Dylan Bundy and Hunter Harvey just cannot catch a break in the health department. Bundy is now out of options, forcing the Orioles to attempt to stash him in the bullpen. How this will play out is unknown. At one point late last summer, Harvey was expected to be heading in the direction of Tommy John surgery. He has apparently dodged that bullet for now, but missed the entire 2015 season. Harvey remains on the edge of the MLB top-100 prospects list, but just barely. At number 85, via MLB Pipeline, he is the only Orioles’ farmhand on the list of baseball’s best prospects.

Trades, injuries, and lost draft picks from signing Ubaldo Jimenez and Nelson Cruz have left the Orioles short on elite minor-league talent. There are a few players in the system capable of having an impact at the big-league level in 2016, but it remains to be seen whether those players can be long-term solutions rather than Quad-A swing players. Over the past 25 years, the Orioles have had one of the worst drafting and prospect development records in baseball, and it has truly held the team back.